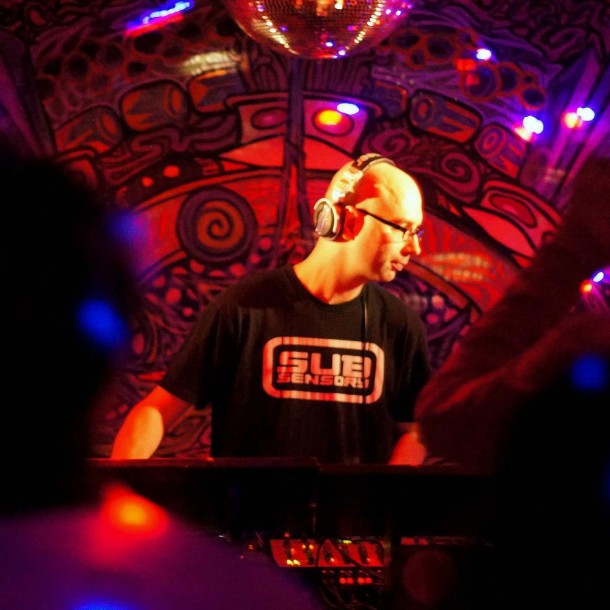 Following this week’s release of the last SubSensory EP of 2013,  I wanted to share my top 10 picks from this year’s catalog and some context about the music and where we are today.

This year I made some needed changes with SubSensory.  First, I moved further away from an increasingly tired format consisting of singles with a ton of remixes, to one that puts a lot more value on original material. Even our biggest 2013 remix project – Art of Hot – Dune Remixed – was approached differently. Five tracks. Five remixers. No big names. Just quality artists and people. The results were awesome!

I also turned my focus from constantly seeking new artists and bigger name remixers, to working more closely with the handful of artists who have given the most to the label – both in terms of quality and participation. And I couldn’t be happier.

So, for those who’ve been paying attention and those who want a primer on the label, here are my picks for the best SubSensory tracks of 2013.

Thanks for the support!

01. Sergio Vilas – Rebate
UK artist Sergio Vilas is somewhat under the radar with the techno masses, but there are more than a few world class djs who support his work. Carl Cox, for one, absolutely hammered this track throughout the 2013 season at Awakenings, Ultra, Space Ibiza, his radio programs and many more sets, making it an easy pick for SubSensory’s tune of the year. The track has an almost 90s tech-trance vibe, but the stripped aesthetic, massive groove and intensity make this a pure techno treat. We debuted Sergio’s first EP in 2012 and we’re actually now finishing up on a fantastic 10+ track LP release by the emerging artist.

Here, Carl begins his set at Ultra 2013 with Rebate mashed up with a more melodic cut.

02. Angel Alanis, Adam Jay – Detritus
Two midwest techno jacks come together on this for one the most punishing techno tracks on the label to date. Funny thing is, when I got this release the title track (Undulation) was so strong and I was sort of sleeping on this tune. But all year long I’ve kept coming back to it.

03. JAK – Crashback – Rewired Club Mix
This was a special project for me. I really wanted to make something timeless sounding and I’m really pleased with the results.

04. Piltdown Sound – The Work
The Work was actually released in 2012. But this year it started popping up in dj sets and top 10 charts by the one and only Juan Atkins, including a set on a BBC 6 Mix.  Apparently he’d been hammering the tune for some time, and this September at the Decibel Festival in Seattle, Joel and Alex from Piltdown Sound were actually in attendance when Juan dropped the tune as he opened for The Orb.  The first clip is from that event.

05. Seqwenzer – Sich Auswirken
This is another one that I slept on a bit. Honestly, everyone slept on this. PEOPLE, this is THE JAM. It’s so deep and funky, and the 303s just hum in this tune. Seqwenzer has been a great addition to the label roster and with time I think he’s going to gain a lot of fans.

06. John V – Elements B
I’ve always loved stripped down, drum oriented techno and this track hits the sweet spot. John V is one of the few overseas artists we signed this year, a Spanish dj/producer who has shown some great potential to be an ongoing part of the label.  Elements B earned a play on Drumcode Radio by Sam Paganini, which propelled the track to the forefront of our 2013 material. Look out for his follow up SubSensory EP in 2014.

07. Art of Hot – The Vision – JAK Remix
I don’t always love mixing my own tunes but this one has been a lot of fun to have in the crate this year. I really took the EP’s Dune theme to heart and tried to do something super scifi sounding. Complete NYC’s mastering on this brought it all together and I’ve enjoyed the results.

08. Seqwenzer – Gipfeltreffen – LilRoj Remix
This one actually just dropped this week but (of course) I’ve been playing it for a while. Really nice, driving funky techno with a touch of house. Again, we have such nice mastering on this from Complete and the track thumps big time. Roger is one of the longest participating label artists, as well as a great friend and collaborator. I’m a fan.

09. Seqwenzer – Bestandig
Taken from the second Seqwenzer EP of the year, Bestandig is deep, dark and really nicely produced. It’s been in a few of my recorded sets this year and I can see myself playing this one for a long while. Seqwenzer is one to watch and we’ve already got new releases in the pipeline for 2014.

10. Art of Hot – Arrakis – Mario Maroto Remix
I’ve got to give it to Mario. He is a true musical evangelist. He’s got unparalleled passion and it shows in his music and his dj sets.  His remix of Arrakis is unique, sort of pretty, sort of dark, slightly poppy and overall just really fucking fun to listen to and play.  It sounds like pretty much nothing on the label. I love that!

You can find all of these tracks at iTunes, Beatport, Trackitdown, JunoDownload, WhatPeoplePlay, Satellite and many more digital outlets. Thanks for the support!